Trouble with your old iPhone 6s? We can help! 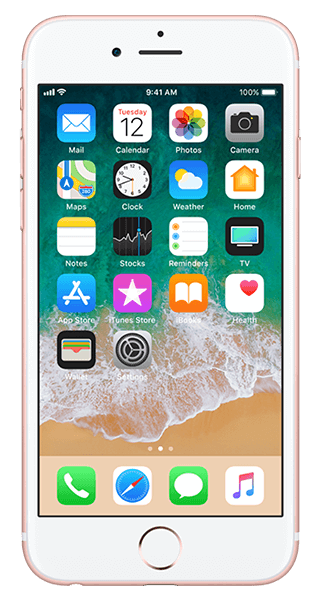 iPhone 6s is the “tock” update on iPhone 6. It introduced some cool new features - 3D touch being the most significant among them. Launched in the year 2015, it is still among the most commonly received devices for repair at Fixxo. Not because it is a lousy model, but because the iPhone 6s was probably the first iPhone model to really catch popular imagination in India.

A note regarding screen replacement service: If you have a broken iPhone 6s screen, there are a lot of cheap, inferior quality replacement screens available in the market. Careful. These displays typically don’t support 3D touch feature.

Very professional did the service at home for screen and speaker change under 3 mins, highly recommend them, please keep up the good standards fixxo

Fixxo is an independent Apple-exclusive premium service provider, not associated or authorized by Apple.
We cannot officially claim to provide “Apple Original” spare parts. No third-party vendor can. However, we use only premium quality spare parts for our services, and also provide warranty with all repairs.

Is there a price list for all iPhone 6s services that I can refer to?

Sorry, we have not published our price list on the website due to certain challenges. However, please feel free to contact us for any prices or other information regarding the service you’re seeking. You can call or WhatsApp us at 8884441326. Or email us at care@fixxo.in

My iPhone 6s has very low battery life? Is the battery faulty? How can it be resolved?

Yes, most likely the battery is exhausted. This is expected behaviour in older iPhones. Battery is a depleting resource, it’s capacity reduces over time.
The solution is fairly simple - to replace the battery. Please get in touch with us to discuss details.

My iPhone 6s is not turning on. Is it even worth spending money on the repairs of such an old phone?

That depends on how much money the repair service demands. Yes, the concern is valid, and it really is a judgement call.
We suggest you get it diagnosed to get a cost estimate for the repair, and then take a decision. It could be as simple as a dead battery, in which case the repair is quite reasonable.

My iPhone 6s needs a repair. It is quite time-critical, can you do it on an urgent basis?

If it’s a simple part replacement service, e.g. screen replacement, or battery or charging port replacement, it can certainly be done in a couple of hours.
If the root cause of the issue is unclear (for eg. if the phone is not powering on), then it needs to be diagnosed first. Per our standard process, diagnosis takes 1-2 days. However, if it is urgent for you, we request you visit our office in person and talk to the service advisor. We can try doing a high-level diagnosis quickly. If we’re in luck, we may be able to identify the issue. Else you can take a call on how to proceed.