Trust only the best with your iPhone 7 Plus service 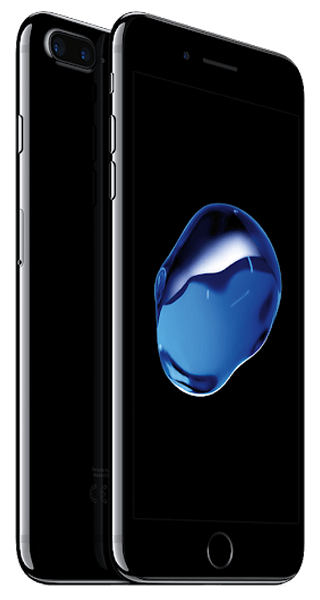 Which iPhone 7 Plus repair you need today?

No items found.
Screen broken or touch issue
Battery Replacement
Speaker or Microphone Replacement
Diagnosis
Not charging
Water or liquid damage
Front or rear camera issue
Not Turning On
Other

About iPhone 7 Plus repair

CNet’s review of iPhone 7 Plus is titled “The photographer’s phone”. And they’re not too off the mark. In 2021, we’re used to seeing even budget smartphones come with 3,4 or 5 camera systems. But 5 years back (that’s 50 years in the consumer-tech world) when the iPhone 7 Plus was launched, it was the first iPhone to sport a dual rear camera system. It was also the first iPhone to ship with the portrait mode feature. It was also the first iPhone (along with iPhone 7) to change the home button to haptic-based virtual button.

On the other hand, it was also the first smartphone to chuck the audio jack! The move was received with mixed reactions then, but it is quite the norm these days. You don’t call Apple a design trendsetter for nothing!

Like it’s smaller sibling the iPhone 7, this model too is a fairly sturdy model. It does, however, have the dreaded Audio IC Defect - which disables all Audio features and/or other associated problems. That aside, the most common repair requirements are the usual suspects - iPhone 7 Plus screen replacement, and iPhone 7 Plus battery replacement.

Came to them after the Apple Service Centre said my phone cannot be repaired. I had smashed the screen, completely! I was in half a mind to buy a new phone but gave it a shot anyway. Best decision to come to them! They checked my phone thoroughly for any other damage and had the phone screen replaced within an hour so.. or maybe even less. and for a price that no other place was offering for this quick a service. And the best thing, a one year guarantee on manufacturing defects that no one I found was offering! Extremely professional! Would absolutely recommend them! Would absolutely recommend them

FAQs for iPhone 7 Plus repair

I have an iPhone 7 Plus. I am not able to hear anything on calls. The audio option on call is greyed out. What’s causing this and how to resolve it?

Please get in touch with us for more information.

I spilled some water on my iPhone 7 Plus. It was fine for a while, but has completely stopped working now. Can we still salvage it?

Yes, we can definitely try. With liquid damaged iPhones, the repair is indeed tricky and we can never guarantee success. Most often, it requires chip-level service on the logic board (aka motherboard) which is quite delicate and time consuming work.
But we do undertake such cases. And have successfully completed hundreds of such rescue missions in the past!

How much time would you take to do an iPhone 7 Plus screen replacement?

An iPhone 7 Plus screen replacement should take no more than 1-2 hours. We do have a doorstep service, or you can walk-in to our office.

Do you provide warranty on an iPhone 7 Plus repair service?

Yes, all repairs done by Fixxo are backed by a warranty. Warranty period ranges from 3 months to 1 year depending on the repair performed on the device.

Does Fixxo use genuine spare parts for iPhone 7 Plus repairs?

We do use the highest quality spare parts for all our repairs. However, we cannot officially claim to install “Apple original” spares, since Apple doesn’t sell any internals in the market.